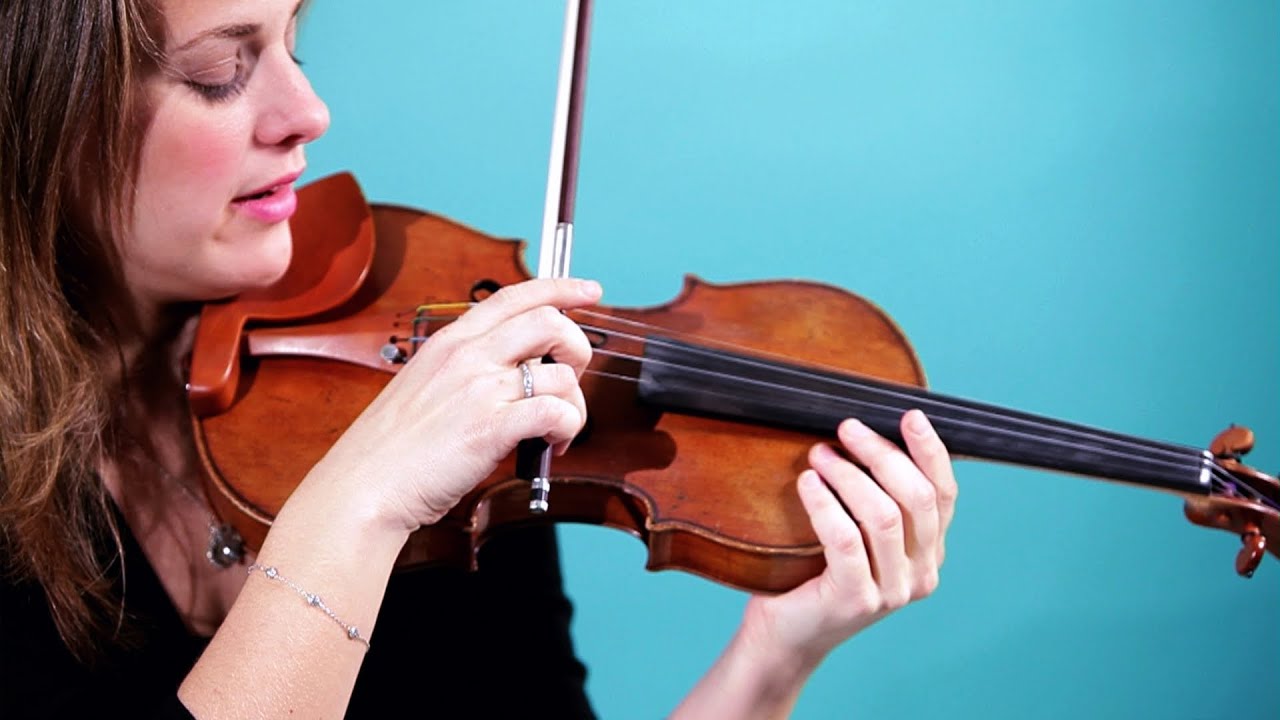 Okay. So, now I’m going to show you the importance of bowing open strings. As a beginner, but also as you get more advanced, it’s every important to always go back to open strings. And make sure you’re doing everything right in terms of sound and bow division so that you have the optimum sound quality that you want to achieve.

First, you would start with the A string. Now, in a previous video we spoke about how the fingers should be curled at the frog. And then straightened at the tip for the best bow weight distribution. That’s very important when doing your open strings.

Another very important thing about bowing open strings is where you are, where your bow is, on your string. Now, I call these lanes. This is lane one. It’s equal to the amount of hair you have and it’s right next to the bridge. That’s lane one. Now this is the sound you would get if you played in lane one.

Not very good. So, now I’m going to move the bow over a little to lane two. That was nice and big and pretty. Here’s lane three. I would say lane three is smack in the middle. A lot of people like lane three the best. But, I think it’s really important to play in lane two the best. It’s a beautiful sound. But it has power and even though you need to know how to play in all the lanes, lane two is that big, powerful sound you want to achieve and it’s a little harder to play there consistently than lane three. So, it’s a good one to practice.

So, here’s open strings on the other strings. G string. E string. And all of those strings, I made sure I paid attention to the frog and lane two the entire way.