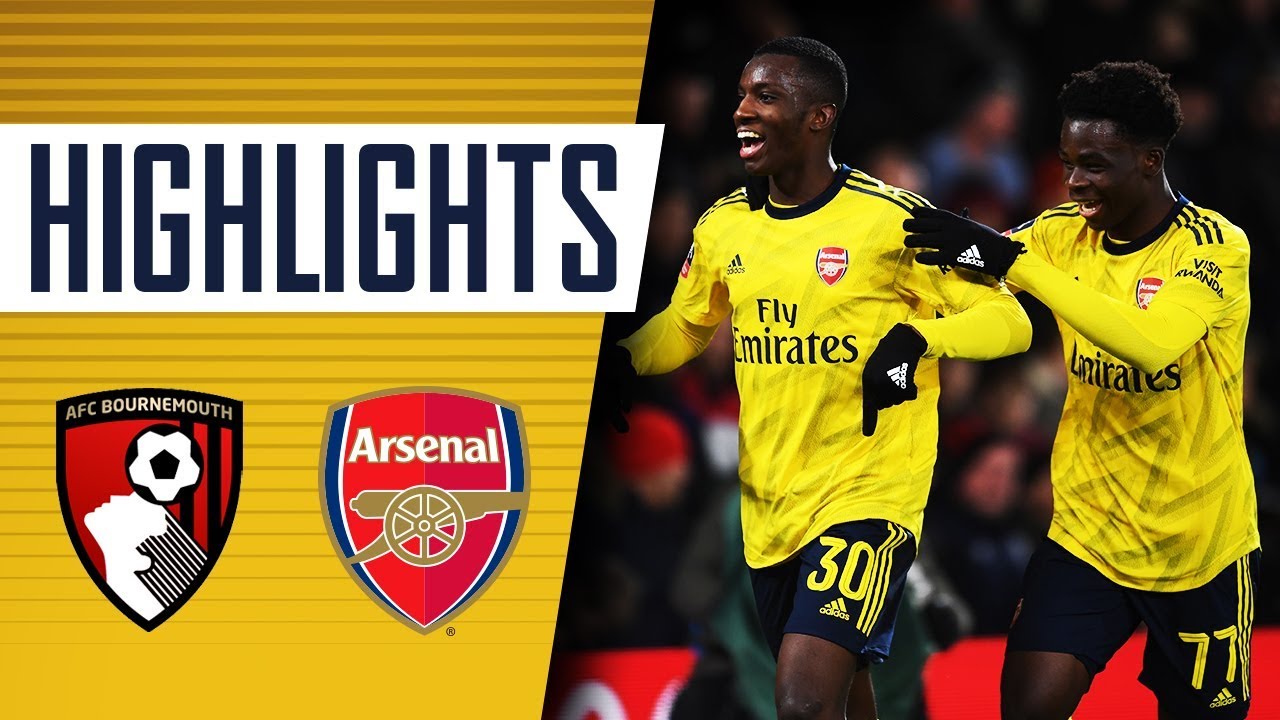 Our young players were very much to the fore as two first-half goals booked our place in the last-16 of the Emirates FA Cup, and a trip to Fratton Park.

Eighteen-year-old Bukayo Saka lashed home the opening goal inside five minutes, finishing a move that Joe Willock was at the heart of, driving forward before releasing Gabriel Martinelli who laid the ball off for the overlapping Saka.

The angle appeared to be against the left back, but he had no other thought than smashing the ball home past Mark Travers inside the near post.

All 10 outfield players were involved in the build-up, which consisted of 22 passes in all.

We continued to make all the running after taking the lead, and deservedly doubled our advantage with another well-worked goal, with our youngsters heavily involved.

Willock sprayed a fantastic long pass out to Saka in space on the left flank, his low cross was behind Martinelli, but perfectly into the path of 20 year old Eddie Nketiah, who tucked home from six yards.

VAR checked for a possible offside against Martinelli’s kneecap, but the goal stood, and we had some breathing space.

The hosts came back towards the end of the half, and Harry Wilson forced a low save from Emi Martinez before the break.

Despite being two goals down, Bournemouth were in no mood to end their FA Cup campaign without a fight.

We had a real let off when Jack Simpson missed a glorious chance with his head from a corner, when he outjumped Martinez from a corner.

We weren’t having things all our own way in the second half, and were forced into a defensive reshuffle when Shkodran Mustafi was stretchered off, to be replaced by Rob Holding.

We had limited Bournemouth to few clear-cut chances, until deep into the eight minutes of injury-time when Sam Surridge ghosted into the box and tucked home past Martinez.

It set up a nervy last few minutes, and Lewis Cook flashed a late shot over the bar, but overall we were good value for the win, and will now visit League One opposition in the fifth round.

For more match action, highlights and training videos, make sure you become a digital member and sign up to Arsenal Player. It’s FREE and is the Home of the Game:

This is the Official YouTube channel for Arsenal Football Club. This channel will aim to showcase the personality of Arsenal Football Club and give fans more of an insight into what it’s like to be at this fantastic club. This channel will look behind the scenes and get closer to the likes of Mesut Ozil, Pierre-Emerick Aubameyang, David Luiz, Nicolas Pepe, Alexandre Lacazette, Bernd Leno, Granit Xhaka, Hector Bellerin and more.