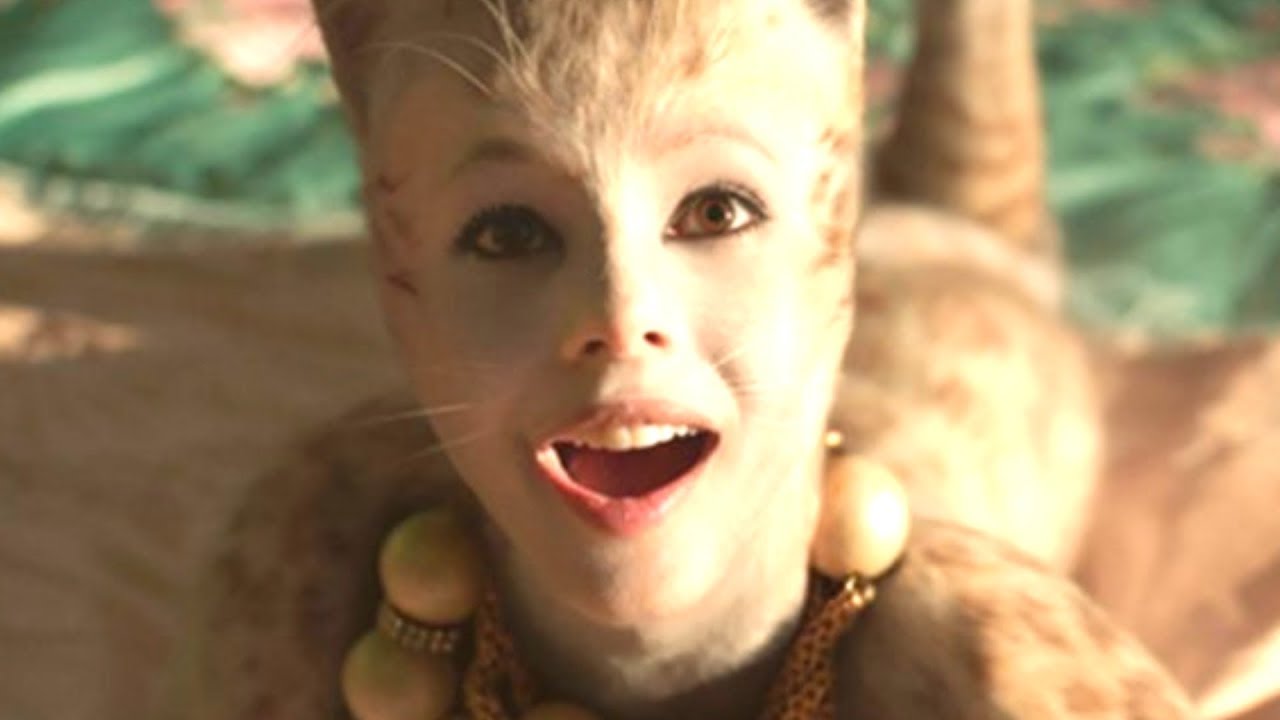 A lack of curiosity just might kill this cat.

Two of the producers of the upcoming film adaptation of the venerable Broadway play Cats have finally surfaced to comment on the massive backlash to the trailer’s nightmarish visual aesthetic. Eric Fellner and Tim Bevan are the heads of Universal Pictures’ partnering production company Working Title, and in a recent conversation with Variety, the pair let the cat out of the bag regarding reactions to the spot, and their hope that the flick will find its audience among true fans of the play.

“What does one say? The reality is that 100 million people or more saw the trailer, and, yes, there were some people that didn’t like it, and as is the world we live in, those who didn’t like it were the most vociferous.”

Bevan then jumped in to opine that those who love stage productions of Cats, which typically feature actors wearing makeup that does not make them look like terrifying monstrosities, totally got what the filmmakers were going for – and also that those who were turned off by the movie’s spot must have been expecting to see real, actual cats singing and dancing, or maybe a cartoon.

“[The viewers who criticized the trailer] were probably people who didn’t know Cats, and the fact is they were either anticipating something animated or something that was on four legs. Among people who know Cats, the reaction was pretty solid.”

Yikes! Those are a couple of dubious assumptions, fella.

It is true that there were comments from just such users scattered about the Twitterverse, comments along the lines of, “It’s Cats… what did you expect?” But they were severely outnumbered by remarks expressing abject horror at the spot, and wondering how on Earth the filmmakers could have failed to notice that they were fielding a picture that didn’t so much invoke the whimsy and emotion of the play as it did Cronenbergian body horror.

Now, it’s worth noting that the producers claim that the visuals presented in the trailer were not exactly finished, and that numerous small tweaks have been applied since the spot was released back in July. We submit, however, that it’s going to take a heck of a lot more than “subtle changes” to haul viewers up out of the Uncanny Valley, and get their butts in the seats for Cats. You could say that such a prospect would take a little bit of… “meow-gic.”

The casual observer could be forgiven for thinking that we’re ringing a few too many alarm bells here. After all, Cats has a pretty sterling pedigree; according to Playbill, it’s the tenth-highest-grossing Broadway musical of all time, which is certainly nothing to sneeze at. The movie adaptation, it must also be said, boasts a staggering amount of talent. It stars: Taylor Swift, one of the most bankable celebrities of any stripe on the planet; Idris Elba, one of the most charismatic and beloved actors alive; Sir Ian McKellen, the definition of a veteran actor and a consummate pro; and Dame Judi Dench, whose title alone should tell you all you need to know about just how well-regarded she is.

The flick was co-written by Lee Hall, who penned the excellent Elton John biopic Rocketman, and directed by Tom Hooper, who fielded the well-regarded and financially successful 2012 Broadway adaptation Les Misérables, and who won the Academy Award for Best Director for The King’s Speech. On paper, all of the ingredients for success are there – but movies aren’t made on paper, and Cats represents a perfect storm of baffling miscalculations which seem destined to ensure that its inevitable failure won’t be noteworthy; it will be legendary.

First, consider that Cats’ story, while appropriate for a flashy Broadway production, doesn’t translate very well to film. Don’t take our word for it: it’s been attempted once already, with a 1998 direct-to-video feature which was a highly faithful adaptation of the stage production, and which currently sits at 20% on review aggregator Rotten Tomatoes.

But, c’mon – we can all agree that even the Broadway version is… pretty out there.

Second, while the Broadway production certainly has its fans, it’s not at all clear that their numbers are substantial enough to spell success for a $100 million picture which – considering its holiday release frame – is sure to have a pretty massive advertising budget.

We feel safe in predicting right now that Cats won’t just be one of the biggest flops of 2019; it will be one of the biggest flops of this swiftly waning decade, and there’s nothing that the flick’s producers, stars, or anyone else can do to mitigate the disaster to come. Talent-wise, this picture might have the pick of the litter… but it’s nine lives might be up before they even start. Watch the video to learn how Cats Producers Respond To The Backlash Over Their Film!