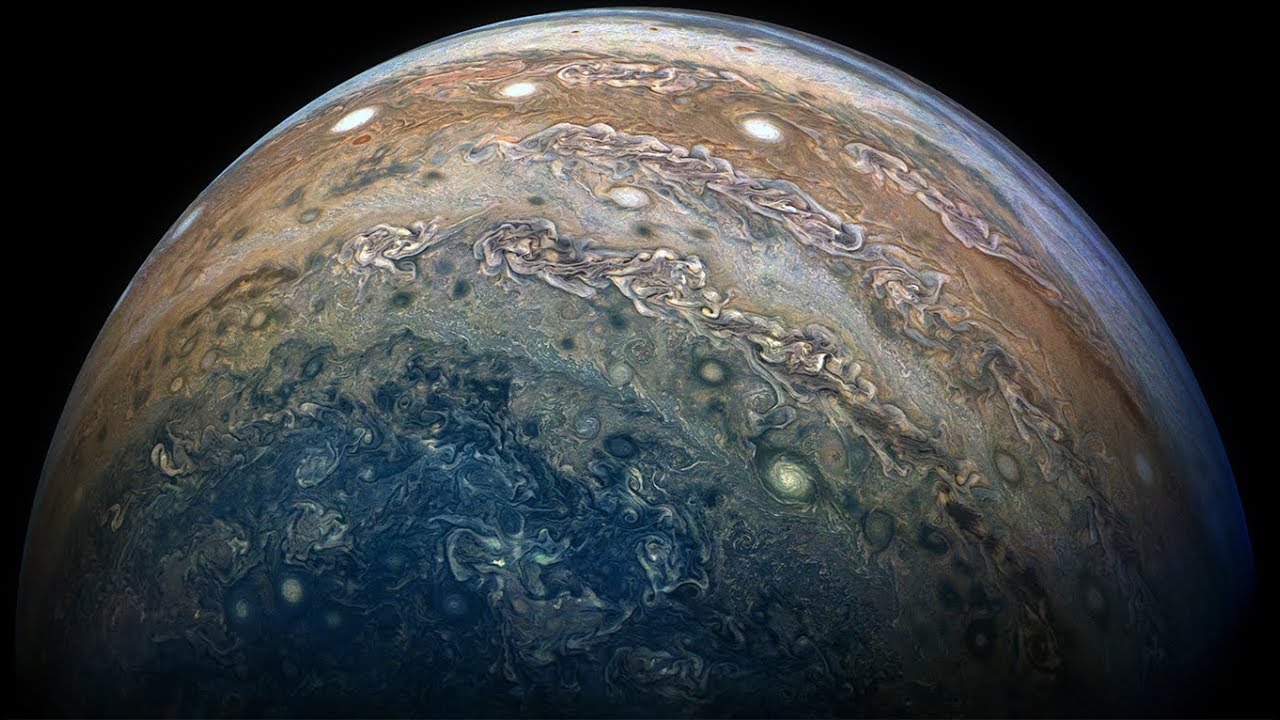 This video pieces together thousands of pictures of Jupiter shot by JunoCam to recreate Juno’s perspective of the planet from the spacecraft’s flyby. The color and contrast of the images have been enhanced to reveal the beautiful, swirling clouds of Jupiter’s stormy atmosphere.

Juno is a NASA’s space probe that revolves around Jupiter once every 53 days to explore its secrets. JunoCam (or JCM) is Juno’s visible-light camera/telescope.

According to NASA, “In Greek and Roman mythology, the god Jupiter drew a veil of clouds around himself to hide his mischief, and his wife, the goddess Juno, was able to peer through the clouds and reveal Jupiter’s true nature.”

The Juno spacecraft will also look beneath the clouds to see what the planet is up to, not seeking signs of misbehavior, but helping us to understand the following: –

* The properties of its atmosphere: composition, temperature, cloud motions, percentage of water in it, etc.

* The magnetic and gravitational fields of Jupiter.

* The origin and evolution of Jupiter.

* Which planet formation theory is correct.

Amazon associate disclosure: As an Amazon Associate I earn from qualifying purchases.